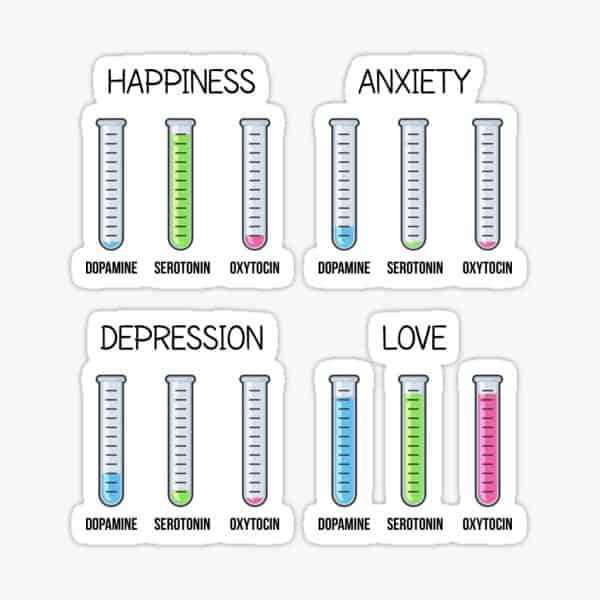 Amber has been diagnosed with Bipolar disorder and Histrionic personality disorder. She suffers from severe depression and anxiety and has some psychotic symptoms. What should her doctor expect?

Bipolar disorder is a mental illness characterized by extreme mood swings. It's caused by a chemical imbalance in the brain and affects around 3 million Americans yearly. People who suffer from bipolar disorder experience episodes of mania or depression. They cycle between these two extremes and may stop taking their medication to manage their condition. This can cause further problems, such as physical and emotional side effects.

What is a histrionic personality disorder?

Histrionic Personality Disorder (HPD) is a type of personality disorder that causes people to have an inflated sense of self-importance. These individuals exhibiting the symptoms of histrionic personality disorder tend to be attention-seeking, dramatic, emotionally unstable, and excessively self-centered. They tend to use exaggerated facial expressions and movements. For example, they might laugh too much, cry too quickly, or talk too fast. They may even tell lies without remorse. Some people suffering from HPD are very vivid and seek admiration from others. Others may spend more time talking about themselves than interacting with other people. Most people with this disorder have difficulty maintaining close relationships because of their constant need to attract attention.

How is HPD diagnosed?

Diagnosing HPD requires a combination of information from your health care provider, family members, and friends. Your doctor will ask you questions about how you feel, what you do when depressed or anxious, and whether you've ever had any thoughts about hurting yourself or someone else. They will then look for signs of HPD in your behavior and appearance. The causes of histrionic personality disorder are not clear some say it could be genetic while others say environmental factor also plays a key role.

What are the early signs of bipolar disorder in children and teens?

Children and adolescents who show at least one symptom of bipolar disorder usually don't know it yet. You may notice changes in your child's behaviors, including:

• having trouble sleeping or sleeping too much

• thinking about suicide or harming themself

Talk to their pediatrician if you have concerns about your child's behavior. The earlier a problem is identified, the better treatment can begin.

Signs of bipolar disorder in adults include:

Your loved ones must get help if they see these warning signs. If you think your loved one needs medical assistance, call 911 immediately.

The main symptom of the disorder is alternating episodes of high and low moods.

Bipolar disorder is not just a matter of being "high" or "low." There are four phases of the condition: manic, hypomanic, depressive, and euthymic (or regular). Each phase lasts anywhere from days to weeks, but the duration varies depending on several factors, such as the person's age and the medications used to treat the condition. A person who has a manic episode often feels highly energized and full of ideas. A manic episode may lead to excessive activity, including drinking alcohol or using drugs, spending lots of money, and getting into arguments.

When a person goes through a depressive period, they may feel sad, hopeless, unmotivated, or unable to sleep. People typically experience feelings of worthlessness or guilt during a depressive episode. It's common for those with bipolar disorder to also experience periods of extreme anxiety, agitation, and psychosis. Bipolar disorder can make everyday activities like taking showers, eating meals, or going to work difficult, especially for people who suffer from severe depression.

we highly recommend going through our most important At-Home neurotransmitter test to rule out any psychiatric disorders. Please click the embedded link and buy this premium Lab Me at-home neurotransmitter test is ideal for assessing & measuring neurotransmitters associated with psychological conditions, helping providers get to the root of issues such as adrenal dysfunction, mood disorders, lack of ambition, or libido, OCD and ADD/ADHD. This testing also helps zero in on an individual’s chemistry and guides providers to treatments that are targeted more precisely.

What are pressure points?

Pressure points are places where muscles become tense when we feel stress. They are located along the sides of our body, such as our wrists and elbows, knees, and shoulders.

A muscle becomes tense when it is under a lot of tension. As the tension increases, so do the chances that the muscle will become painful. Tension can build up inside us because of something happening outside of ourselves. We can become tense because of stressful situations, physical problems, or emotional events.

Tense muscles affect how well we perform specific tasks. For example, when a muscle is tight, it affects our ability to play tennis, throw a ball, or ride a bicycle.

How do you fight histrionic personality disorder?

There are three things you can do to help manage your stress and treatment for histrionic personality disorder.

To sum up, histrionic personality disorder and its related disorders cause a person to behave in unusual ways. Their behavior may seem crazy, but this doesn't mean they're crazy. The most important thing is to understand that histrionism isn't real. Early diagnosis and proper treatment with family support play a vital role in improving such mental health conditions.