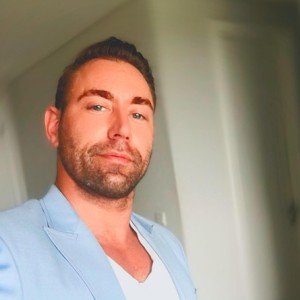 The Simple Guide To Understanding Your Complete Blood Count

You have just finished your complete blood count and now your left scratching your head.  What does it mean? It’s an enigma and it’s like that because the end user (yourself) was never in mind for understanding when it was created.

The CBC is the world’s most ordered test.  It allows Doctors to determine where things maybe going wrong or right.  Like looking at the different parts of a computer like the RAM, to help figure out what’s going on.

You might get a CBC as part of your yearly check-up. Your doctor might also order it to:

The reference ranges – AKA “the normal” ranges – those have been around for decades and vary depending on the country and/or lab.  This is a concern since every person is an individual with a unique set of environmental, lifestyle, genetic and societal factors.

The other problem we see and will cover later is the historical tracking of blood work.  You’ll notice the last two bullet points above require tracking. Most of the time you lose our blood work, forget were it was done, or the doctor doesn’t look at all of our blood test results historically.

Use lab me to automatically do this for you, using just a photo.

In this article we are going to look at all those annoying abbreviations.  I will attempt to do this in a simple way that makes sense.

The suspects in this line up are as follows.  Real name followed by abbreviation:

So now you know the abbreviations – lets look at what each player actually represents.

It generally will give further evidence to the body having an infection, asthma or even cancer.  There are many medications that can affect this number as well.

Drugs that may produce low numbers include

The numbers that should cause worry are:

A WBC of less than 500 and the patient is at risk for a fatal infection.
A WBC over 30,000 indicates massive infection or a serious disease such as leukemia.

Now there are a few things that can also mask a high blood cell count.  One of them being corticosteroids. These drugs can lower the WBC thus making it look normal.  If you are using them, you need to inform your doctor to find out the best plan of action for getting a proper reading.

So the normal ranges is between 4,500 to 10,000.  Simply put anything above suggests a massive infection or leukemia.  Anything below suggest that you are risk for an infection.

These little guys carry oxygen around the body.  They also carry carbon dioxide to the lungs. Think of them as a delivery service.

Now, higher than normal numbers with these guys suggest you:

There is one disease that can cause high RBC’s.  It is called, Polycythemia Vera and it is a disease of unknown origin that results in an abnormal increase in red blood cells.

Drugs that raise the RBC are:

A lower than normal RBC can result from a number of causes, including:

Anything below is anemia that can be due to various factors that have to be ruled out by your healthcare professional.

In your blood you have a liquid that serves as the carrier of all these little cellular machines (e.g. RBC’s and WBC).  That carrier liquid is called plasma. When we look at the percentage of RBC’s in the plasma we get our hematocrit.

Another way to look at it is, hematocrit is how much of your blood is made up of red blood cells (RBC).

A low score on the range scale may be a sign that you have too little iron, the mineral that helps produce red blood cells.

A high score could mean you’re dehydrated or have another condition. The normal range for men is between 41% and 50%. For women the range is between 36% and 44%.

This molecule is like a box that holds the oxygen.  So if you remember our little delivery guys, the red blood cells (RBC’s)? Well, they use these “boxes” to hold the oxygen from point A to B.

So what can decrease it?

What about a normal RBC but lowered hemoglobin?  It happens, most notably in people with iron deficient anemia.   Women need iron more than men as well due to menstrual flow. Pregnancy also requires the body to need more iron.

Getting your hemoglobin tested regularly during pregnancy is important.  Low iron level can lead to anemia and place unwanted stress both on the mother and baby.

Interesting Fact: During the last trimester of pregnancy, a condition known as “physiological anemia of pregnancy” occurs. This normal drop in hemoglobin values results from an increase in the plasma volume.

Increased levels of hemoglobin are found in any condition in which the number of circulating red blood cells rises above normal.

Examples of conditions associated with increases in hemoglobin are

This is the protein in your blood that holds the oxygen. The normal range for men is 14 to 17 grams per deciliter (gm/dL); for women it’s 12 to 15 gm/dL

When a patient has a lower than normal hemoglobin, it is important to determine whether red blood cells are of normal size and if they have a normal concentration of hemoglobin. These measurements, are known as Erythrocyte Indices.  They also, provide important information about various types of anemias.

This clever little index is made up of three key players:

For this I am breaking it down by their general measure, the name, the abbreviation.

Think of it like this:  The RBC is your cloud storage.  The MCV is how much space you have.  The MCH is the amount of data in that space and the MCHC the percentage of space taken up.

An MCHC of less than 32% or an MCH under 27 %. indicates that the red blood cells are deficient in hemoglobin concentration. This situation is most often seen with iron deficiency anemia.

So What’s It Telling Us?

If your MCV is high it could indicate that you have low vitamin B12 or folate levels. If your red blood cells are smaller, you could have a type of anemia.

Anemias can be classified using erythrocyte indices in the following way:

Abnormal erythrocyte indexes are helpful to classify types of anemia. However, diagnosis must be based on the patient’s history, physical examination, and other diagnostic procedures.

The CBC has been around for a while and it’s the bread and butter of all blood tests.  It can quickly give insight into what’s happening with a patient.

Patients who have a keen interest in their own healthcare frequently want to know what they can do to change their WBCs, RBCs, and platelets.  Unlike “good” and “bad” cholesterol, cell populations are not generally affected by lifestyle changes unless the patient has an underlying deficiency (such as vitamin B12 or folate deficiency or iron deficiency).  There is no way that a patient can directly raise the number of his WBCs or change the size or shape of his RBCs. Addressing any underlying diseases or conditions and following a healthy lifestyle will help optimize your body’s cell production and your body will take care of the rest.

WIth technologies like Lab Me users can now instantly track and store their blood work.  All you need to do is take a photo of it and we do the rest. Within seconds of snapping a photo in Lab Me your results will be documented and you will understand immediately what is not in the normal ranges.

In addition, we use artificial intelligence to look for patterns or anomalies to help spot disease early or help forecast future problems.  Your blood work is something to be reviewed over time however Doctors are too pressed for time and there wasn’t a simple storage solution until now,.

Lab me will work over time to benchmark your normal values as well.  Get started with your free account today.

What Is Lab Me’s Predictive Analytics?

What is HbA1c and what do my results mean?

Sign up to receive practical and helpful health hacks from Lab Me.

©2020 Lab Me Analytics, Inc. All Rights Reserved.
Lab Me offers access to laboratory testing for wellness monitoring, informational and educational use. The tests we offer access to are not intended to diagnose, treat or cure any disease.
None of our tests are intended to be a substitute for seeking professional medical advice, help, diagnosis, or treatment.